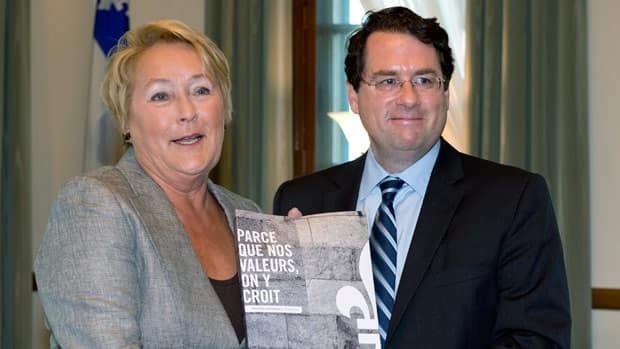 A couple of months later he had changed his mind. “Our country needs cooling off and clarity. Were fed up with bills drawn up after an incident or a court decision.” But its in the political bloodstream. And so on Sept. 9, rather than a law, the French minister of education unveiled a 15-point Charter of Secularism in Schools. By accident or design, that was the day before a Quebec minister made public the outline of the Parti Quebecois governments Charter of Values. Charter of Secularism The French Charter of Secularism will be posted in all educational institutions in the country. But it does little more than restate the principles of republican France as laid out in the law of 1905. Its a far cry from President Hollandes first idea, which was to enshrine the key clauses of that law in the French constitution. The proposed charter would bar Quebec’s public sector employees including everyone from civil servants to teachers, provincial court judges, daycare workers, police, health-care personnel, municipal employees and university staff from wearing a hijab, turban, kippa, large visible crucifix or other “ostentatious” religious symbols while on the job. (Ryan Remiorz/Canadian Press) But even the Charter was enough to upset the Muslim establishment in France. The French Council of the Muslim Religion objected immediately, saying the charter was stigmatizing members of their faith with its allusions. The allusion it objected to specifically was the clause which guarantees equality between girls and boys in school.